From the moment they arrived in Japan, the Chinese monks who would eventually establish an Ōbaku community there were regarded as living embodiments of southern Chinese literati culture. Their portraits and works of calligraphy partook of this charisma and were highly esteemed. Many became abbots of Manpukuji: Mokuan, Sokuhi, and Dokutan were direct dharma heirs of Ingen; Kōsen was in the next generation. Dokuryū became a monk but never received the dharma; he served as scribe and physician and was widely renowned for his mastery of the arts of calligraphy and seal carving.

In ritual contexts, Ōbaku Zen abbots are regarded as living Buddhas around whom revolves the spiritual life of the monastery. Their portraits and works of calligraphy—often brushed in large powerful strokes to adorn gateways, or in smaller, intimate formats for private interior spaces—adorn the temple inside and out. This exuberant display creates the sense throughout the monastery even today of the enduring presence of the leading monks of the Ōbaku community.

In traditional Zen abbot portraiture, it is often the abbot being portrayed who is asked by the disciple commissioning the portrait to add an inscription, or eulogy, honoring the person being depicted. In the case of sitters inscribing their own portraits, we use the term “self-eulogy.” Eulogies often make light of the portrait-making process, at times mocking the attempt to capture the likeness of a real person as futile, as Buddhist metaphysical truths are evoked. 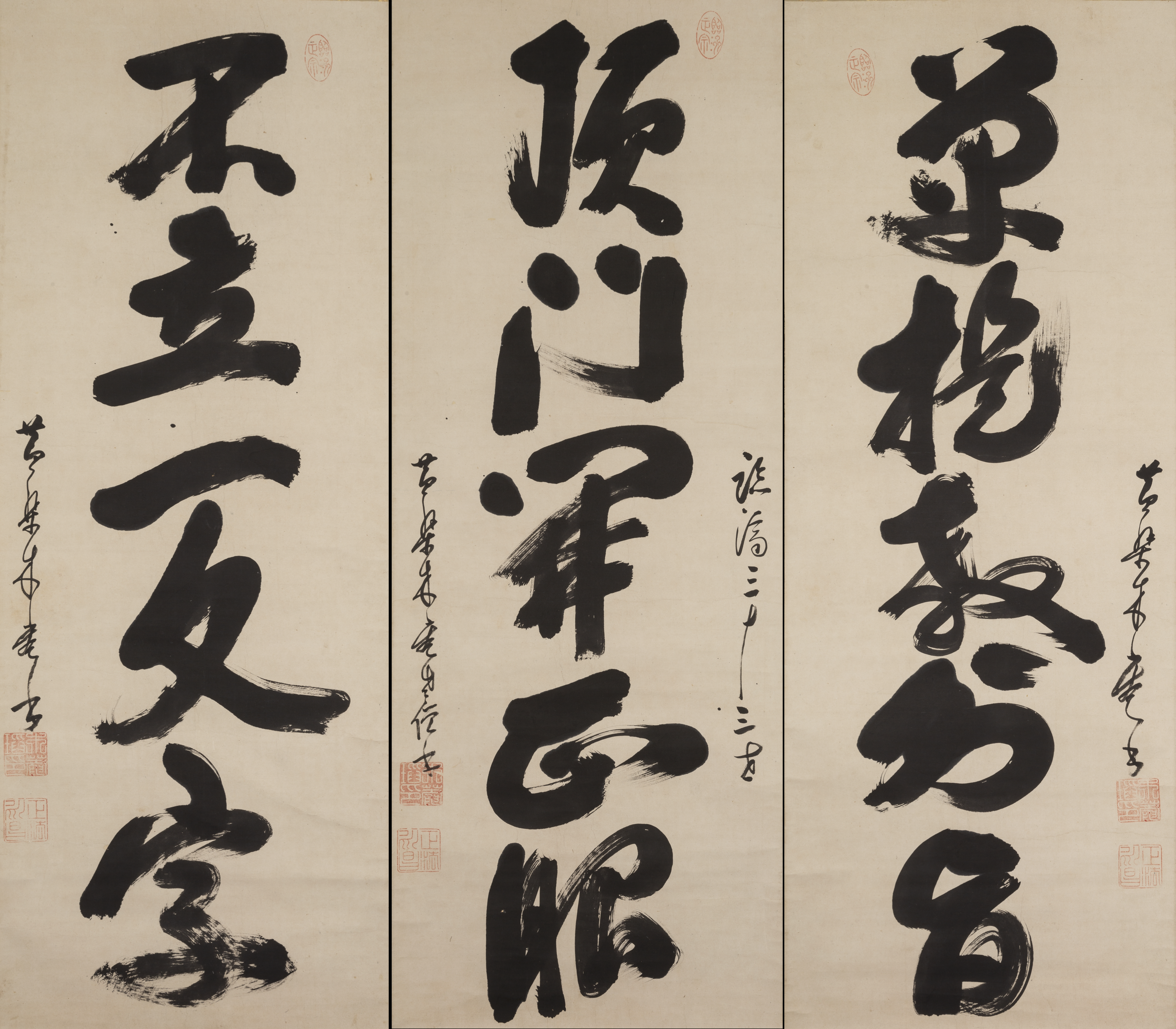 Carrying the faith alone is unthinkable, After receiving enlightenment one sees clearly, Not establishing a word 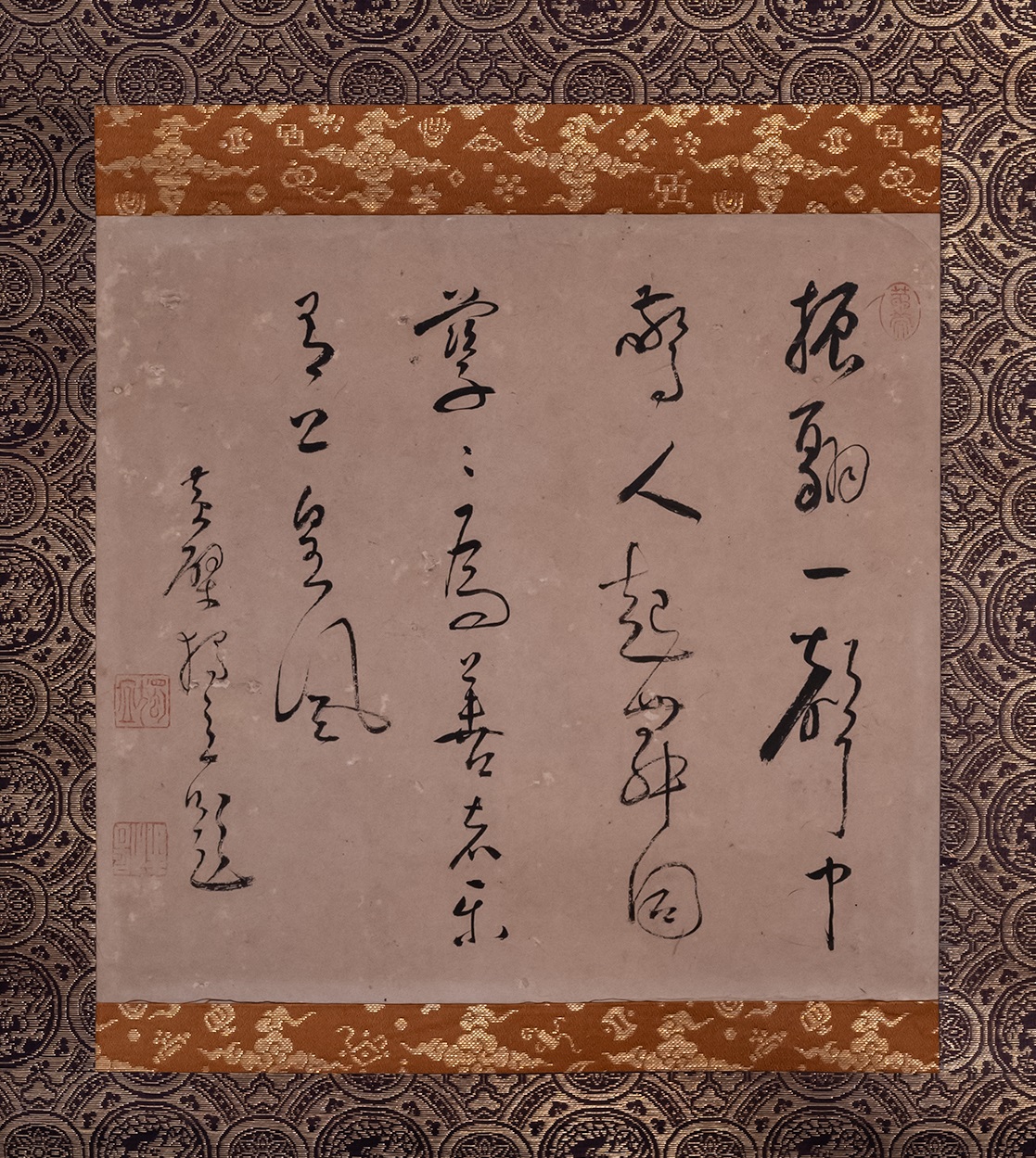 A Sash of Clouds 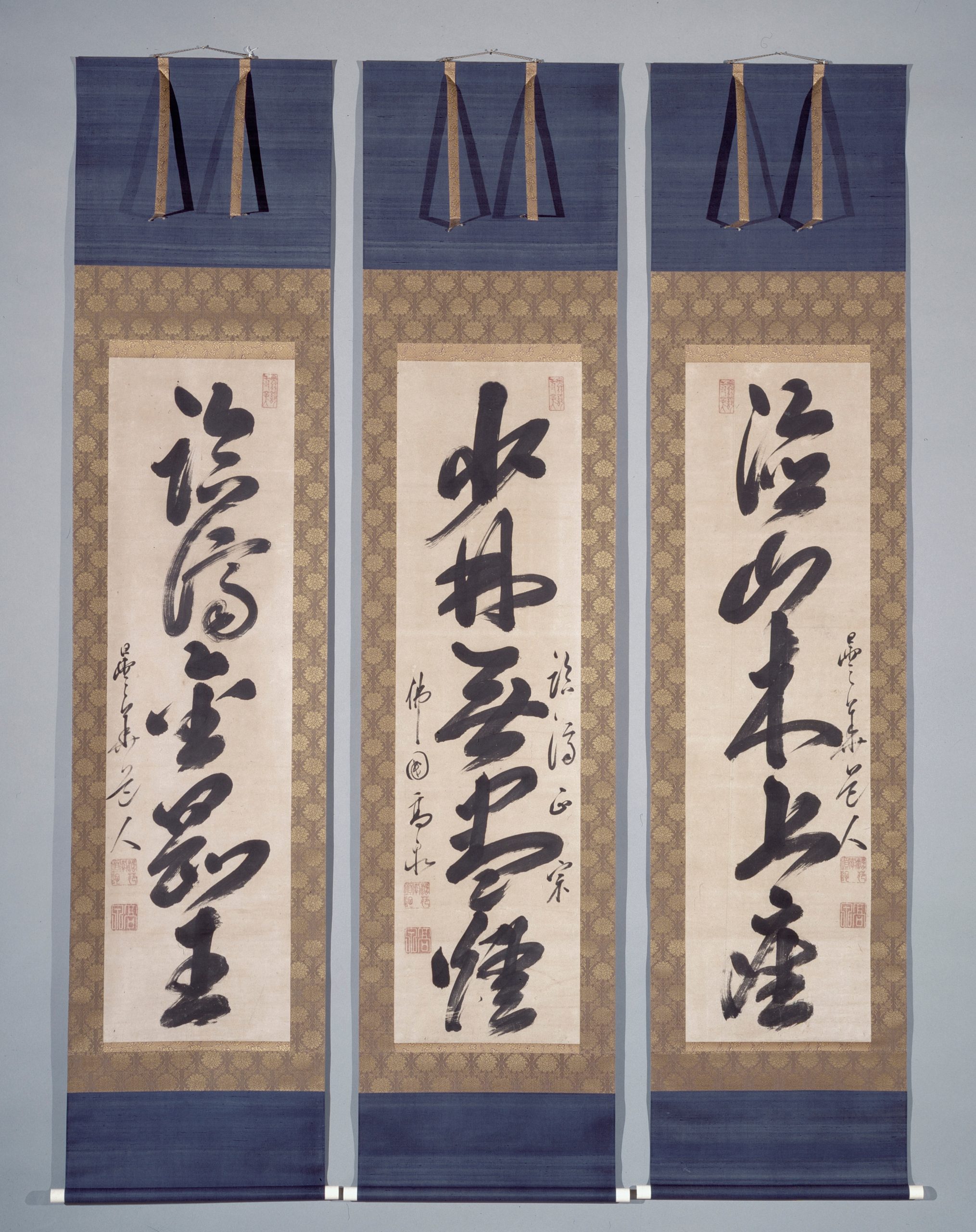 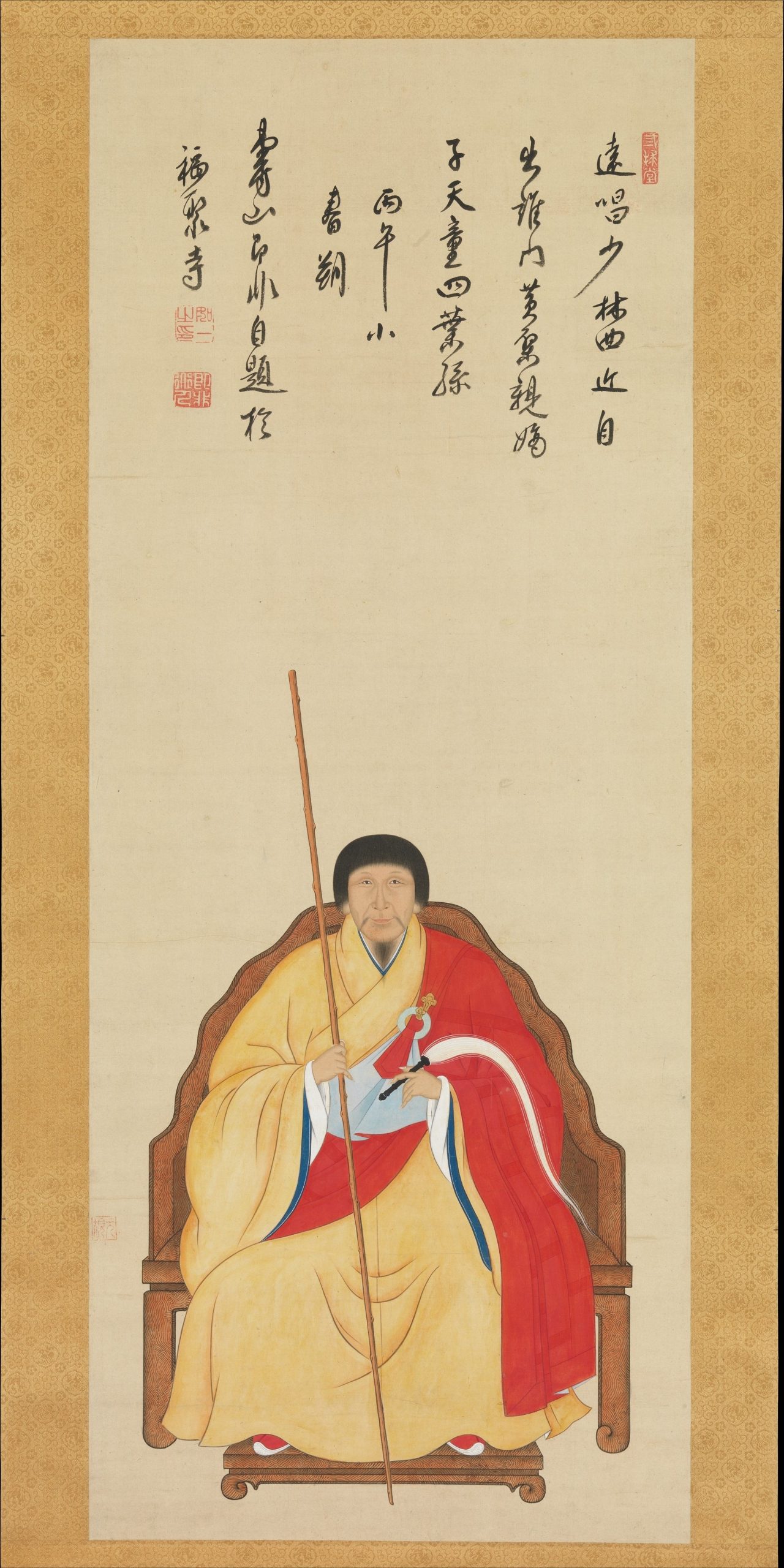 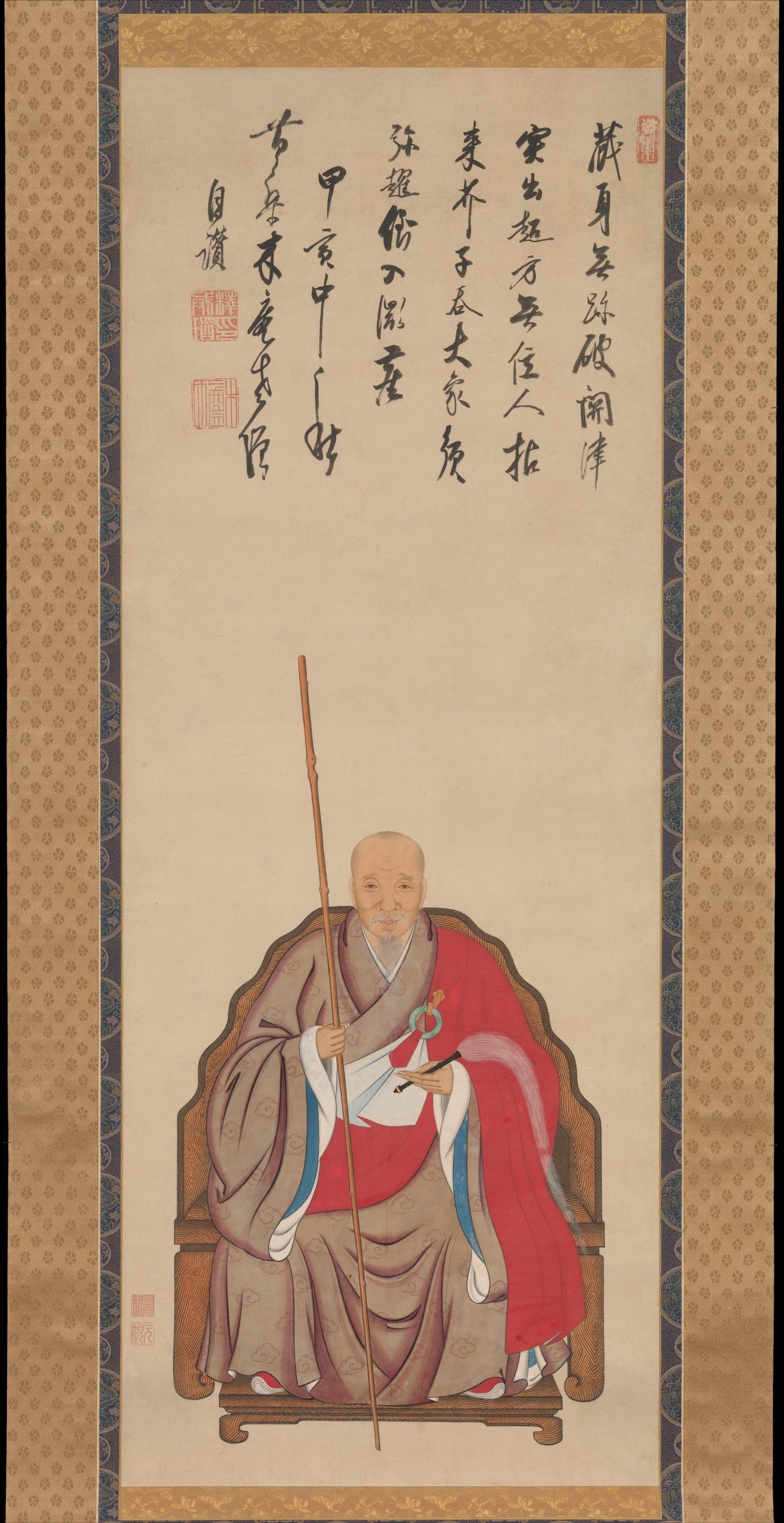