In addition to their distinctive Buddhist practice, Ōbaku monks in Japan were admired for their depth of knowledge of the central Chinese intellectual tradition of the educated elite. Among other pursuits, these Chinese men of letters (literati) would gather informally to participate in elegant leisure activities such as composing poetry and brushing paintings, as seen in Purification at the Orchid Pavilion, a handscroll in the possession of an esteemed Ōbaku abbot who brushed the title and colophon. The monks’ erudition was much admired in Edo period Japan where the government promoted the moral values of Chinese Confucianism among the populace. The monks were typical of literati who synthesized aspects of Buddhist, Daoist and Confucian philosophies. These teachings instilled in them a desire to express their individualistic inner spirits through composing poetry and brushing Buddhist phrases in elegant calligraphy. They also brushed informal ink paintings, most often of flowers and plants—pine, bamboo, chrysanthemum, orchid, and plum—symbolic of the purity and stalwart nature of the literati spirit. That their Japanese followers enthusiastically continued this tradition can be seen in the Kakutei painting, which also includes more humble and lush plants (grape, hydrangea, willow, and peony). Ōbaku monks also collaborated with Japanese artists from a wide variety of schools, on whose paintings they inscribed original or classic Chinese literati poems. Lay Ōbaku Buddhist monk Itō Jakuchū’s ink paintings often included poetic inscriptions by his Ōbaku monk friends. His painting of a bean vine, however, is more than mere brush-play. It is a celebration of a humble vegetable that Yinyuan introduced to Japan and, in fact, was first known in Japanese as “Ingen-mame” (Yinyuan’s beans). Participation in these literati arts was often accompanied by the drinking of sencha (steeped green leaf tea). Through the efforts of the Ōbaku monk, Chinese verse poet, and calligrapher Baisaō (lit. the Old Tea Seller), sencha eventually became a full-fledged tea ceremony to rival that of the more familiar chanoyu tradition, which featured bowls of whisked powdered tea.

PURIFICATION AT THE ORCHID PAVILION BY FAN YI WITH INSCRIPTIONS by Yueshan Daozong (Jp. Etsuzan Dōshū)

FLOWERS AND PLANTS OF THE FOUR SEASONS by Kakutei 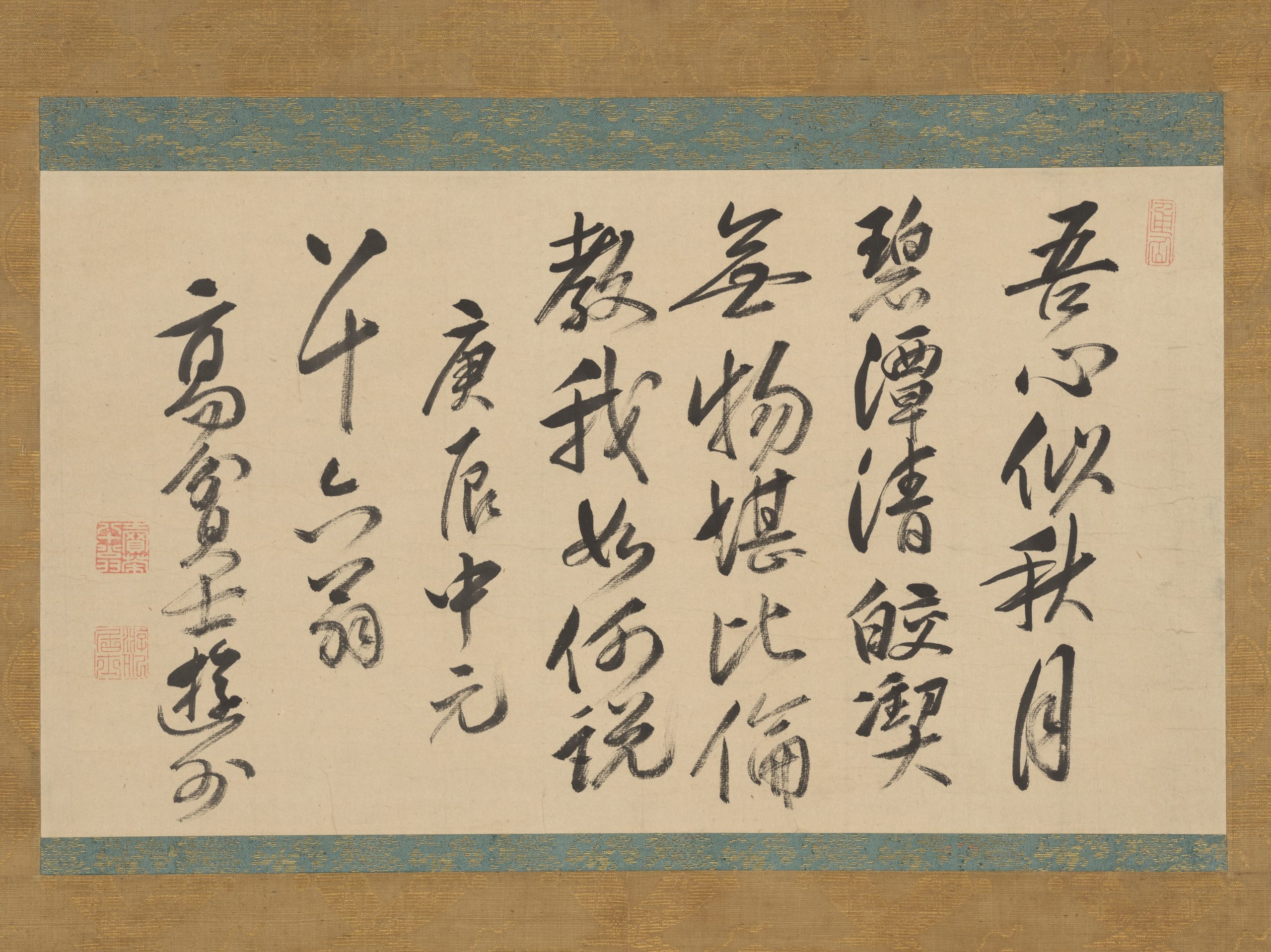 MY HEART IS LIKE THE AUTUMN MOON by Baisaō 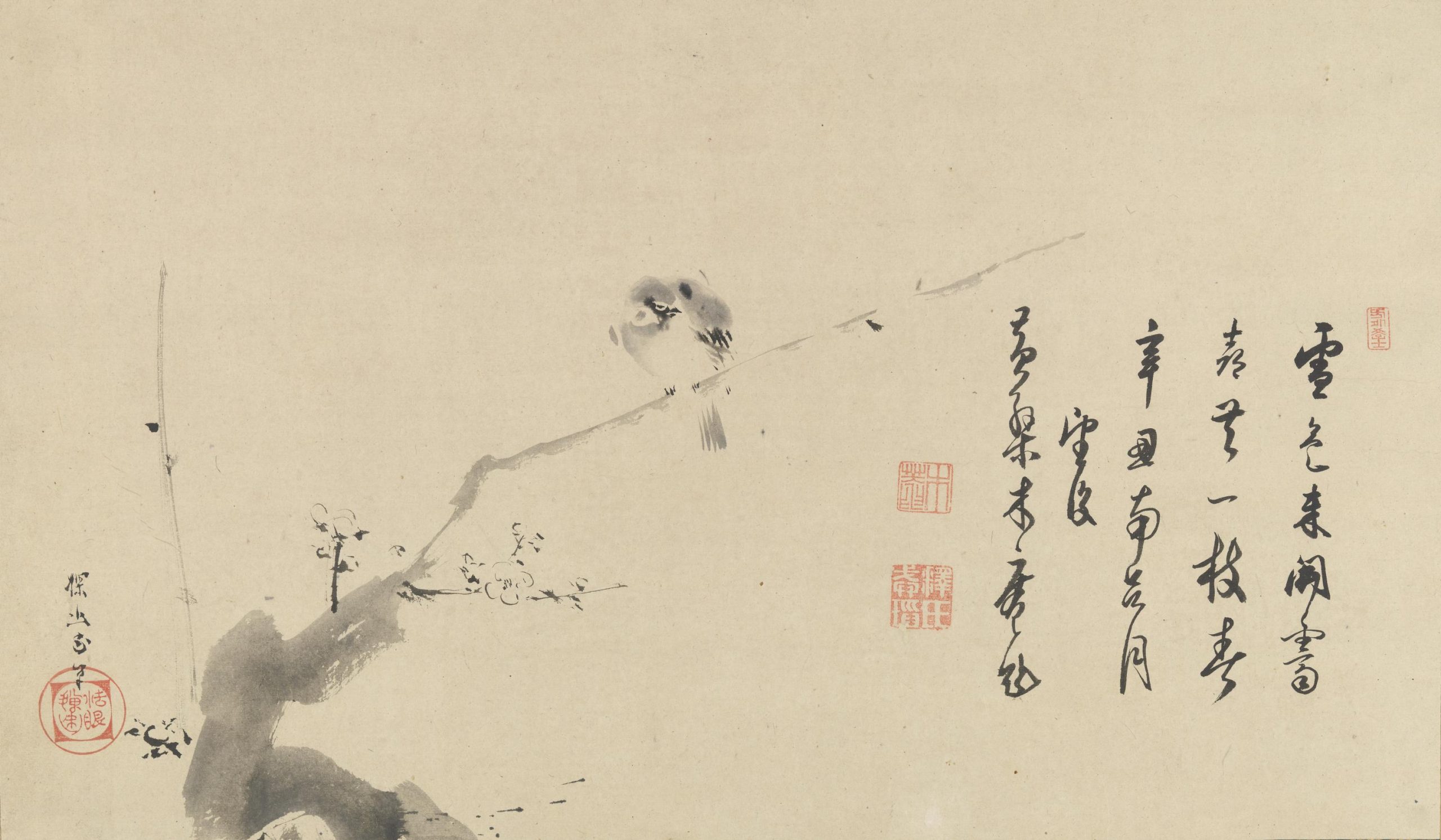 SPARROW ON A BLOSSOMING PLUM TREE by Kanō Tan’yū