The Japanese first portrayed arhats (Jp. rakan), legendary disciples of the Buddha Śākyamuni, in the eighth century, in connection with reverence for the popular Lotus Sutra. Paintings and sculptures of arhats in groups of sixteen or five hundred later became common. In the seventeenth century, inspired by the devotion of late Ming Chinese Buddhist lay followers who identified with arhats as heroic individuals, many Japanese came to believe that arhats dwelt anonymously among the living and resembled actual people. The esteemed émigré Ōbaku monks came to be closely associated with arhats, since their temples were populated with them, in assemblages of eighteen (newly popular in the Ming dynasty) and five hundred. This widespread presence in Ōbaku temples of painted and sculpted arhats significantly contributed to their enduring popularity in Japan.

Manpukuji possesses the most famous sculpted set of eighteen life-sized arhats. The temple Gohyaku Rakanji (the Temple of the Five Hundred Arhats in modern Tokyo) has the most celebrated set of five hundred, with additional figures—536 in all—helping to create a replica of scenes from the Lotus Sutra. Each vivid figure, a blend of elements from both Chinese and Japanese Buddhist sculptural styles and apparently modeled after specific individuals, fueled subsequent widespread enthusiasm for arhats. Gohyaku Rakanji has been destroyed and relocated twice since its founding. Between 1868 and 1872, a time of widespread persecution of Buddhism, many of the statues sustained serious damage; some two hundred were destroyed, and others sold. Only 305 remain at the temple today in various states of preservation, and eleven have been identified in foreign collections in the U.S., Europe, and Australia. Later sets of five hundred arhats are made of stone, not gilt wood as at Gohyaku Rakanji, and are placed outdoors. Perhaps the first of these stone sets was designed by a celebrated Kyoto painter and lay Ōbaku monk, Itō Jakuchū, in the hilly bamboo grove behind the Kyoto Ōbaku temple Sekihōji where he retired and was buried. 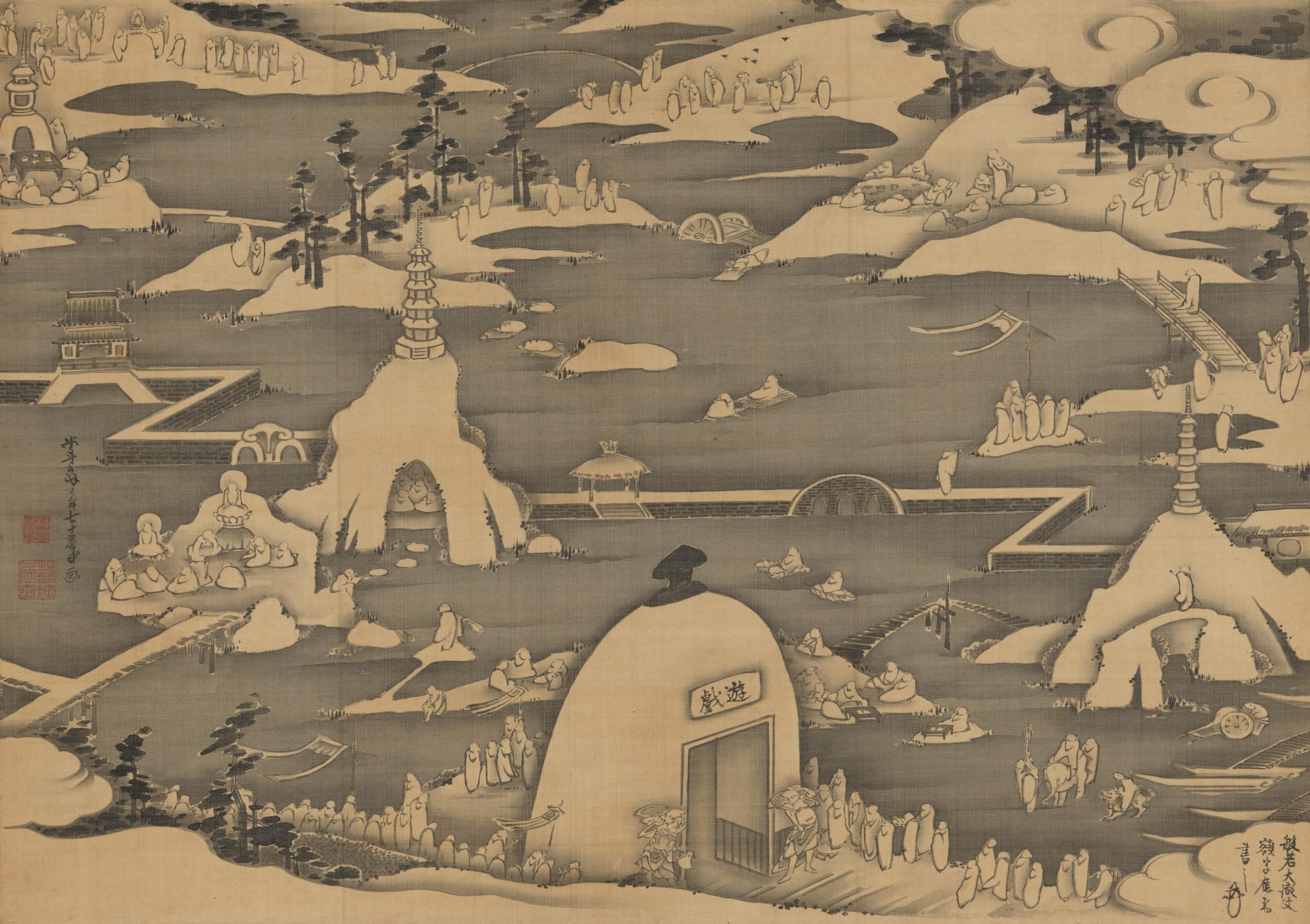 Five Hundred Arhats, in the Garden of the Kyoto Temple Sekihōji 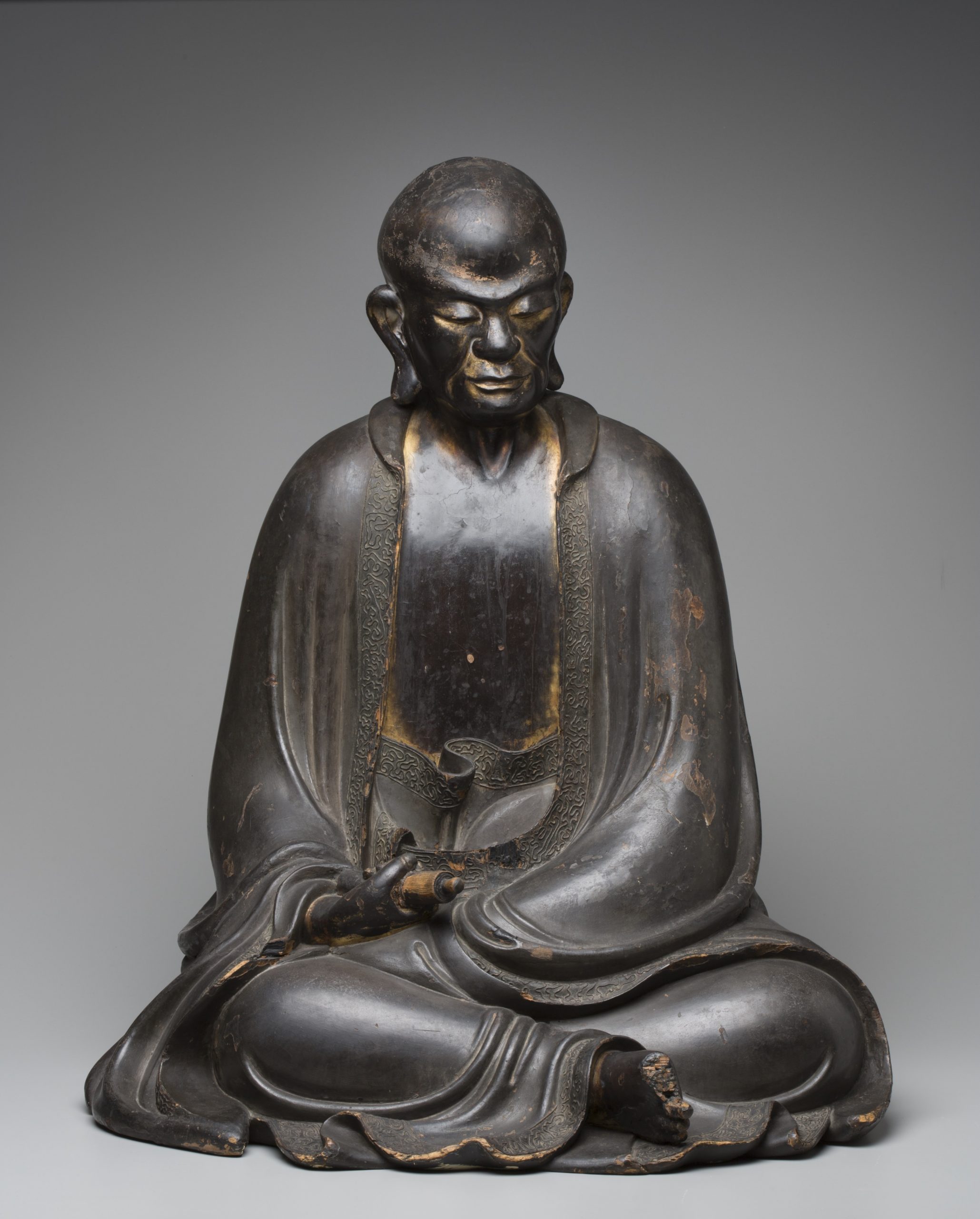 Figure of an arhat

Arhat Reading a Sutra by Moonlight 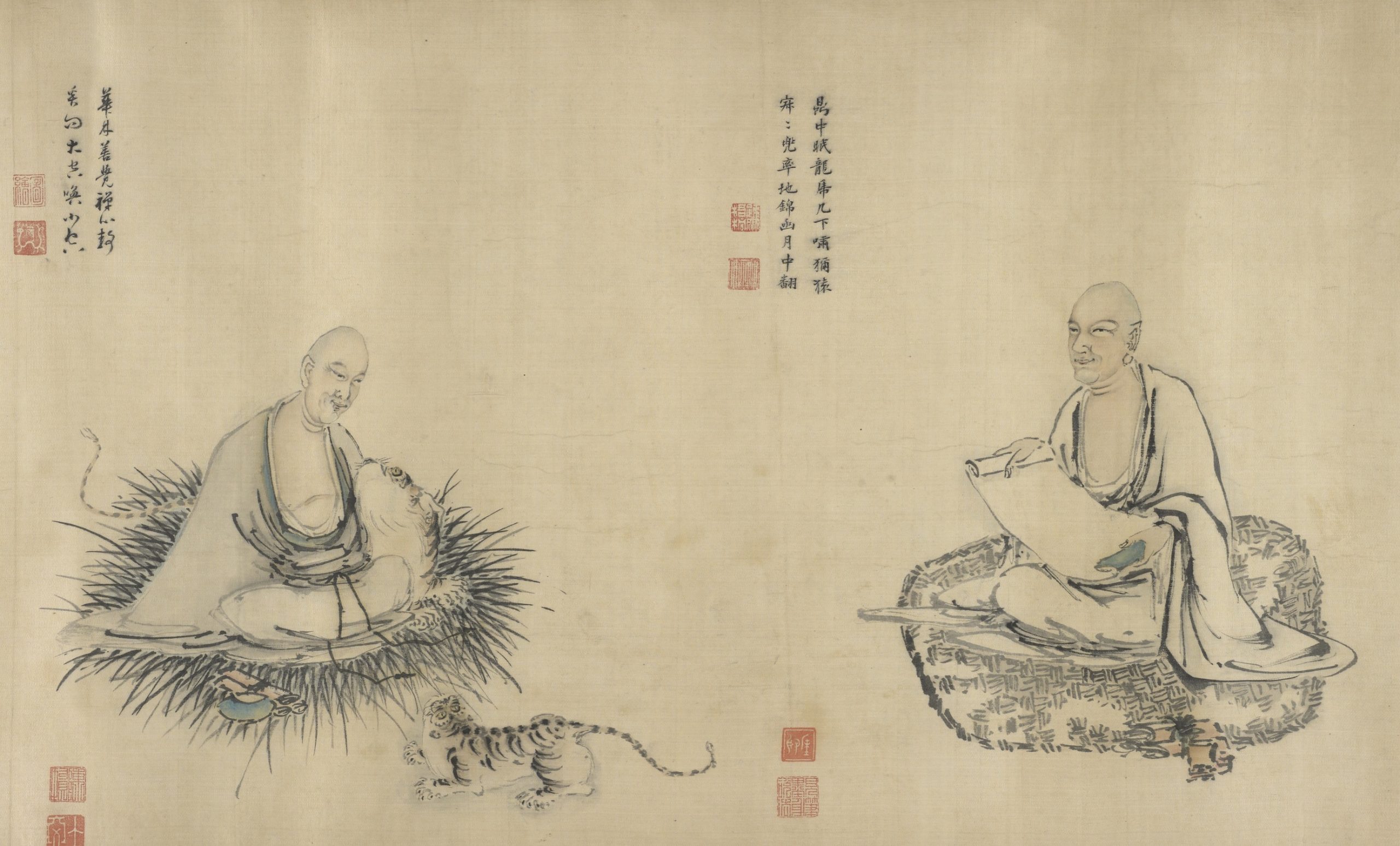 Back to Art Exhibitions
Homepage