The distinctive appearance of Ōbaku temples sets it apart from other Zen temples in Japan. Traces of architectural features and design elements introduced from late Ming China are evident in pictorial representations of Ōbaku temples and in fragments of buildings that have survived apart from their original context. Ōbaku temples drew artists and visitors eager to capture or simply experience their exciting ambiance.

Earlier Chinese style temples affiliated with Ōbaku in Nagasaki served as inspiration, but it was the influx of Chinese artisans who accompanied Ingen to Japan and the construction of the head temple Manpukuji that greatly spurred innovations to Japanese temple design. By 1745, over 1000 Ōbaku temples flourishing throughout Japan reflected the legacy of Ōbaku.

The woodblock print of spectators admiring the view of Mount Fuji from the balcony of the Temple of the Five Hundred Arhats in Edo (Tokyo) highlights the temple’s popularity as a tourist site. Visitors flocked there as well to enjoy its over 500 engaging sculptures (one arhat is featured in Room 4 of this exhibition). Although the five-story pagoda in Jakuchū’s painting suggests that this is not meant to represent an actual Ōbaku temple (which did not typically include a pagoda), the style of the other structures in his painting is reminiscent of defining aspects of Manpukuji’s precincts. Indeed, a deep nostalgia for China is evoked in the form of this imaginary temple landscape.

Temple signboards (gaku) featured in this exhibition were once hung over gateways and doorways of Ōbaku temple buildings. Although it is unclear when or why these were removed, the likely reason is because temples changed sectarian affiliations or were closed in the late 19th century, when parishioners declined in numbers and temples faced difficult times. In modern times, print artists have continued to represent the buildings at surviving Ōbaku temples, whose exotic Chinese appearance still enthralls visitors. 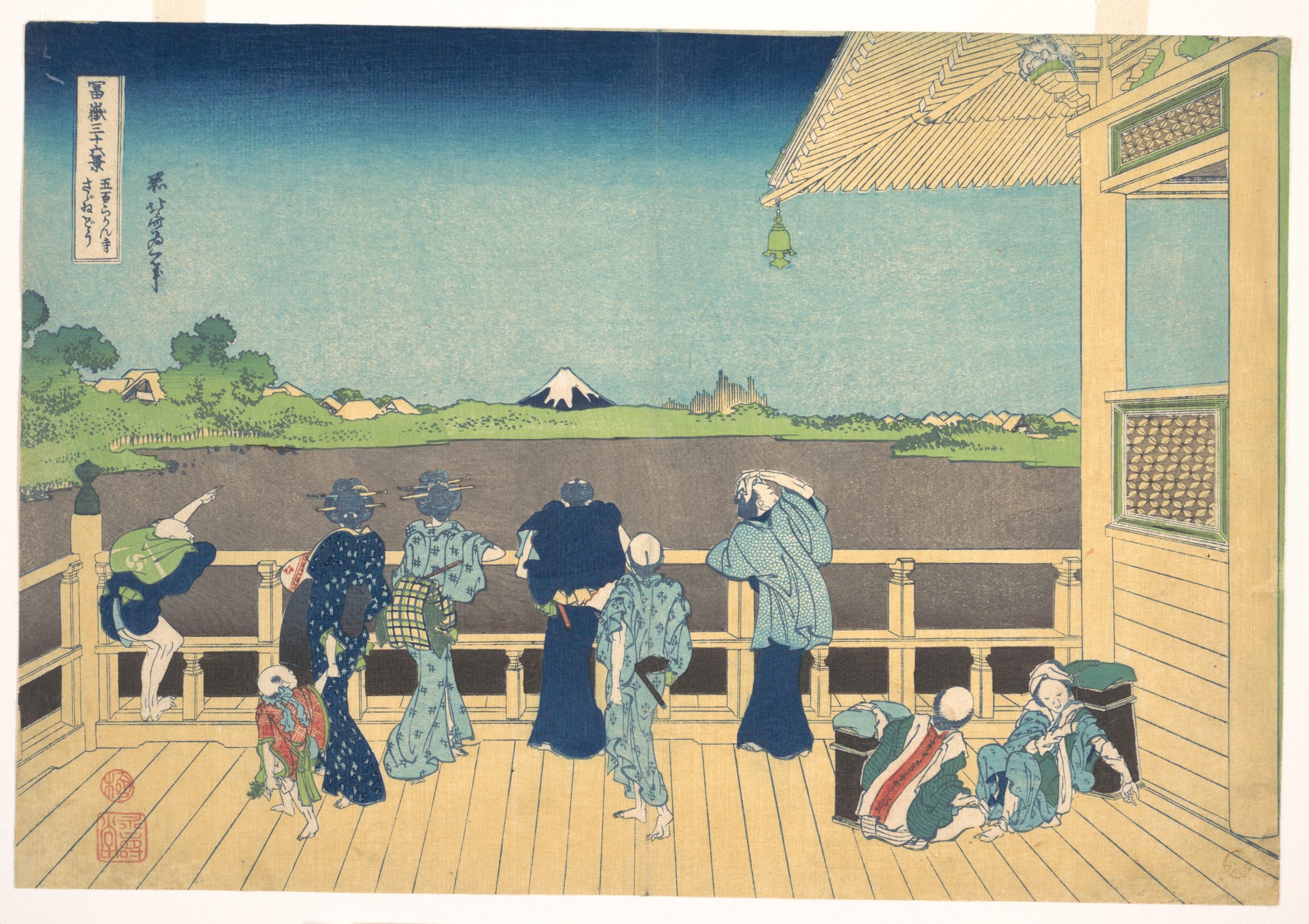 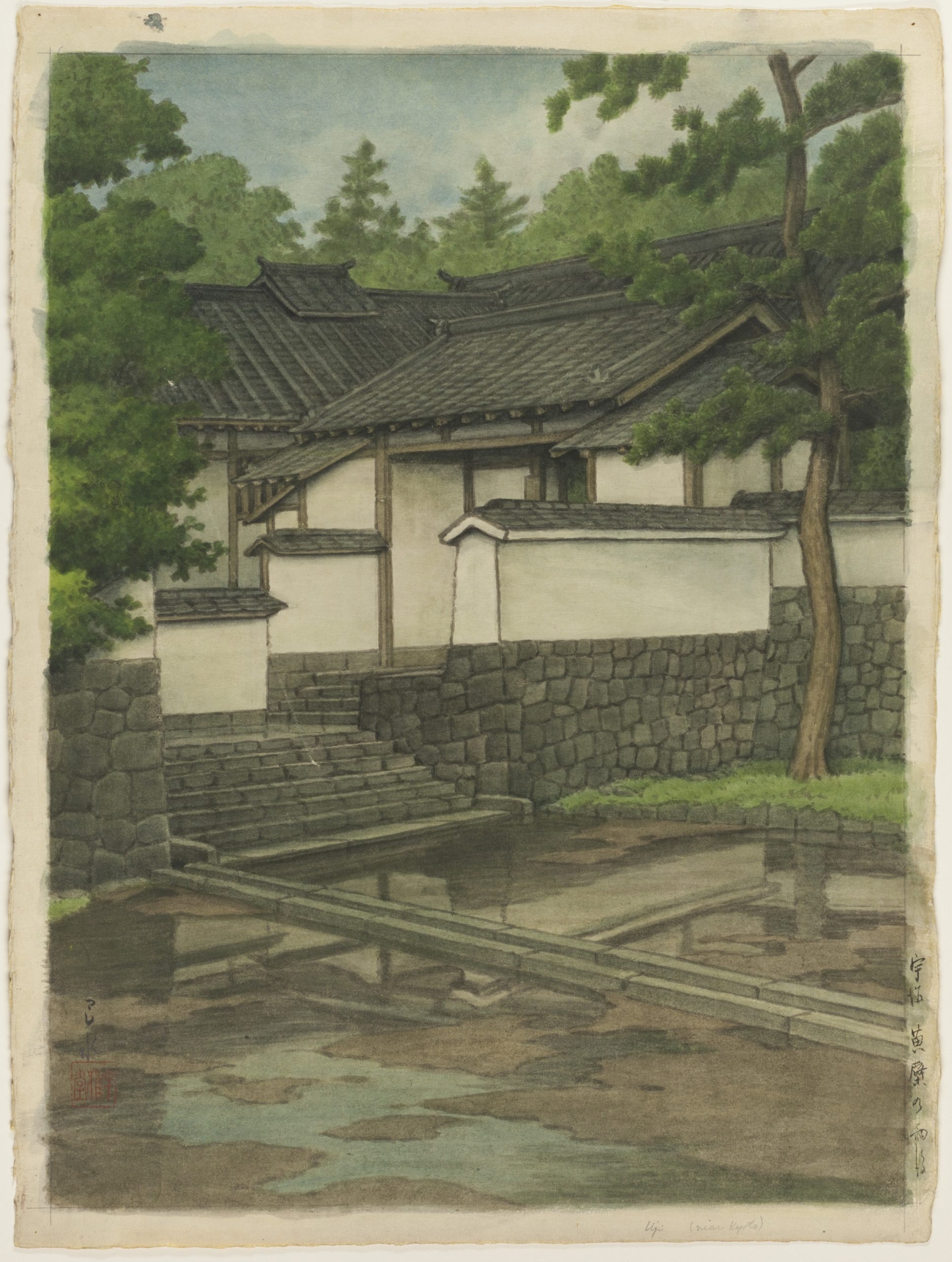 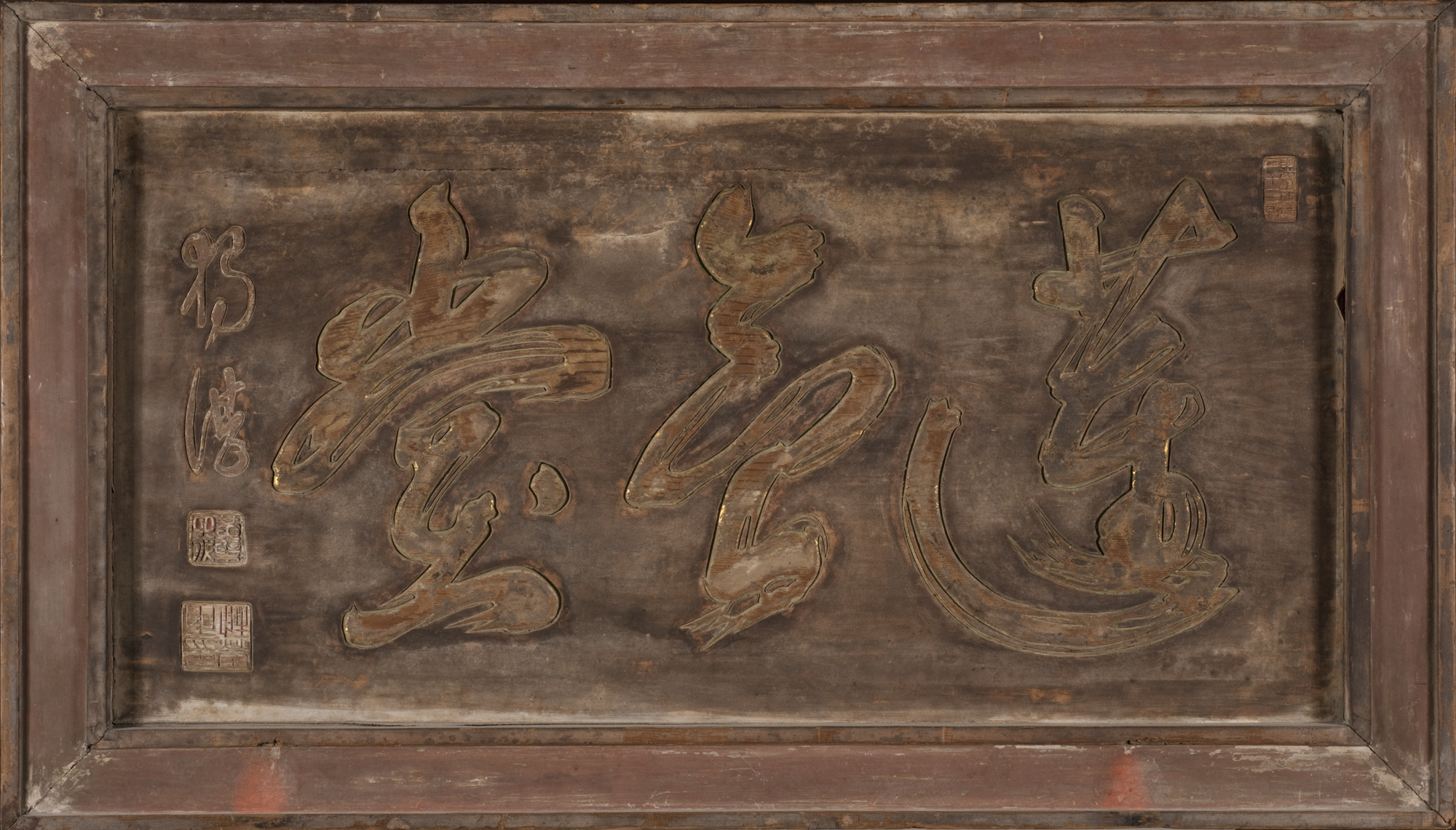 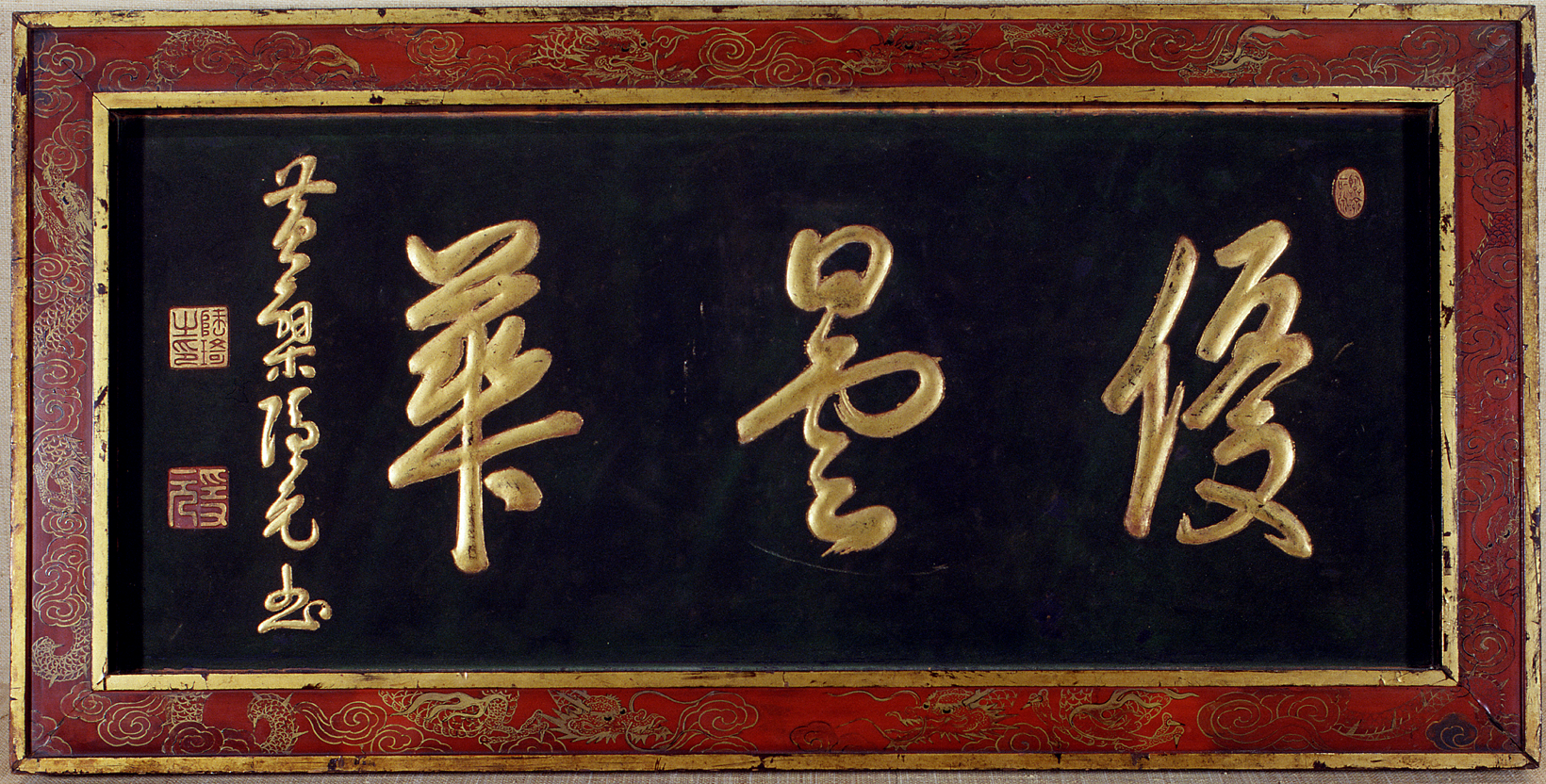