The Japanese Tea Ceremony, also known as chado or chanoyu, is a traditional way to appreciate tea. With the host preparing and presenting the matcha tea to the guest, it is also considered an art for this ceremonial and cultural activity. The tea culture started from ancient China and the Buddhist monk brought this art back to Japan in the 9th century. Since then, Zen Buddhism has deeply influenced the development of the Japanese Tea Ceremony.

This event is sponsored by Matcha.com, Yume Japanese Gardens of Tucson, and the Center for Buddhist Studies at the University of Arizona. 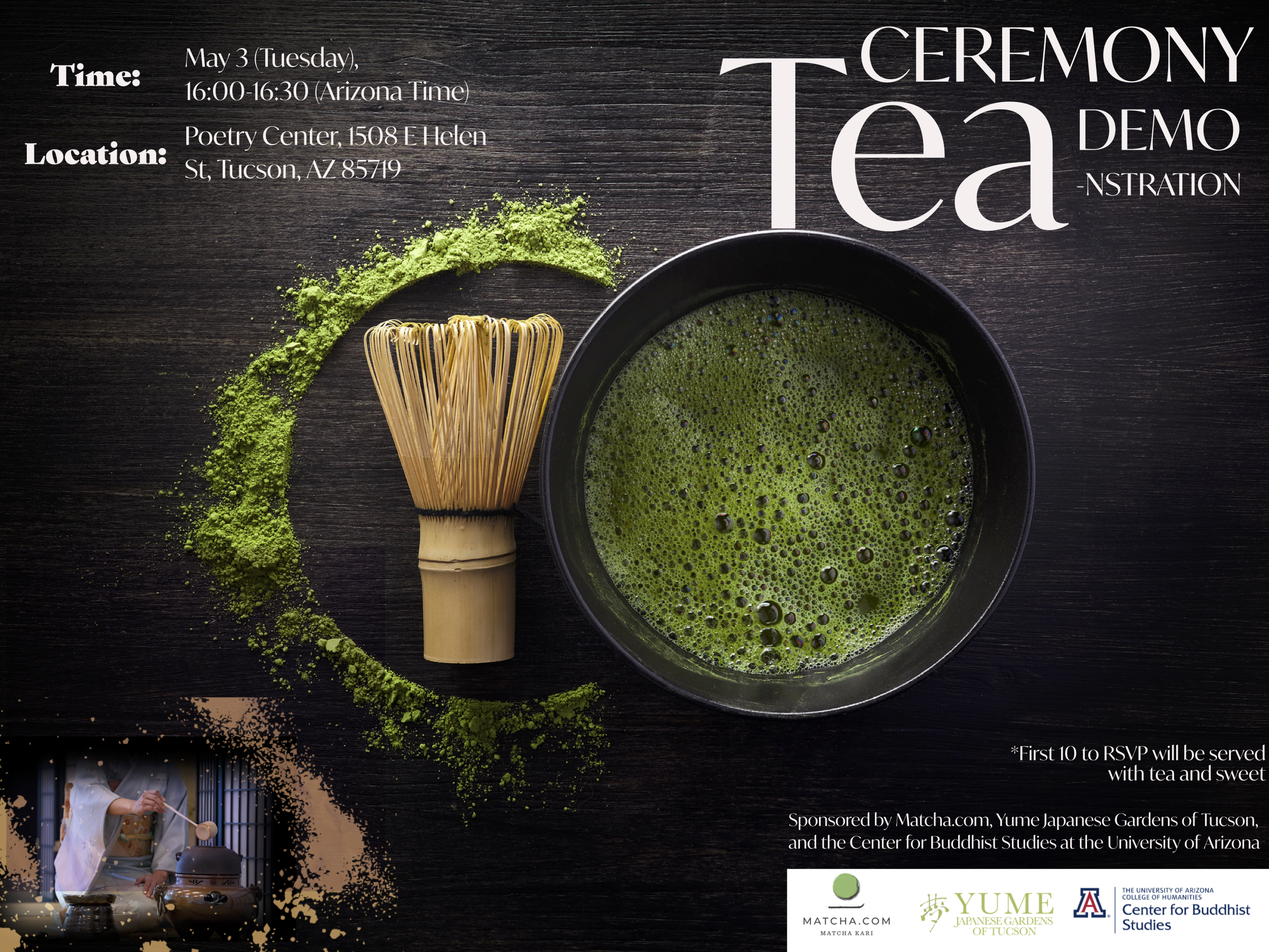