In 1654 Zen Master Yinyuan traveled from China to Japan. Just seven years later he established the monastery Manpukuji and founded a new tradition called Ōbaku. In this talk, Jiang Wu tells the story of the tremendous obstacles faced by Yinyuan, drawing parallels between his experiences and the broader political and cultural context in which he lived. Yinyuan claimed to have inherited the “Authentic Transmission of the Linji Sect.” After arriving in Japan, he was able to persuade the Shogun to build a new Ming-style monastery (Manpukuji) for the establishment of his Ōbaku school. His arrival in Japan coincided with a series of historical developments including the Ming-Qing dynastic transition in China, the consolidation of early Tokugawa power in Japan, the growth of Nagasaki trade, and rising Japanese interests in Chinese learning and artistic pursuits. While Yinyuan‘s travel is known in scholarly circles, the significance of his journey within East Asian history has not been fully explored. This talk provides a unique opportunity to re-examine the extraordinary life of Yinyuan during a period of political and social transformation in East Asia. 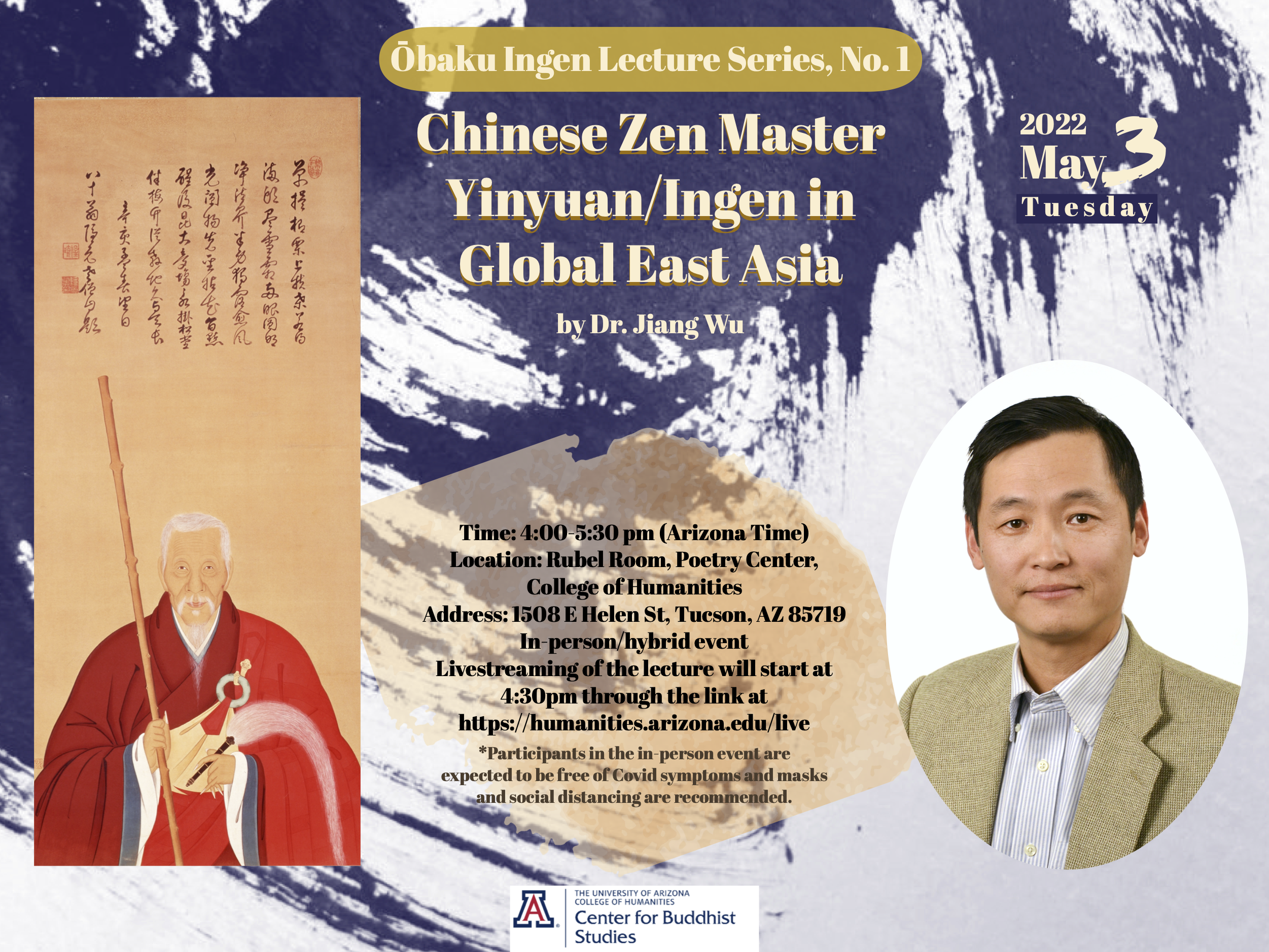