This special concert highlights Yinyuan’s poetic talent and deep spirituality. It is jointly produced by The Center for Buddhist Studies at the University of Arizona, the Chinese Wanfu Temple, Ven. Kanho Yakushiji, MUGEN Creations, and Manpukuji in Uji, Japan.

Kanho Yakushiji serves as deputy director of Kaizenji temple in Imabari, a city in Japan’s Ehime Prefecture. Japan has a strong tradition of danka, or the father-to-son succession of a temple, but Yakushiji initially rebelled against this expectation and instead became a musician. He eventually trained in the Rinzai tradition at Kenninji temple in Kyoto, Japan, and is now the sixteenth generation of his family to care for Kaizenji.

Though he initially thought about music and Buddhism as separate entities, Yakushiji now views music as an expression of Zen practice. His two identities—a Zen monk and an artist—are no longer separate. He released his fifth album, The Prayer, in September of 2019, and just before the pandemic began, he started a music video project whereby he chants in historic Japanese temples to introduce listeners around the world to Zen and chanting. 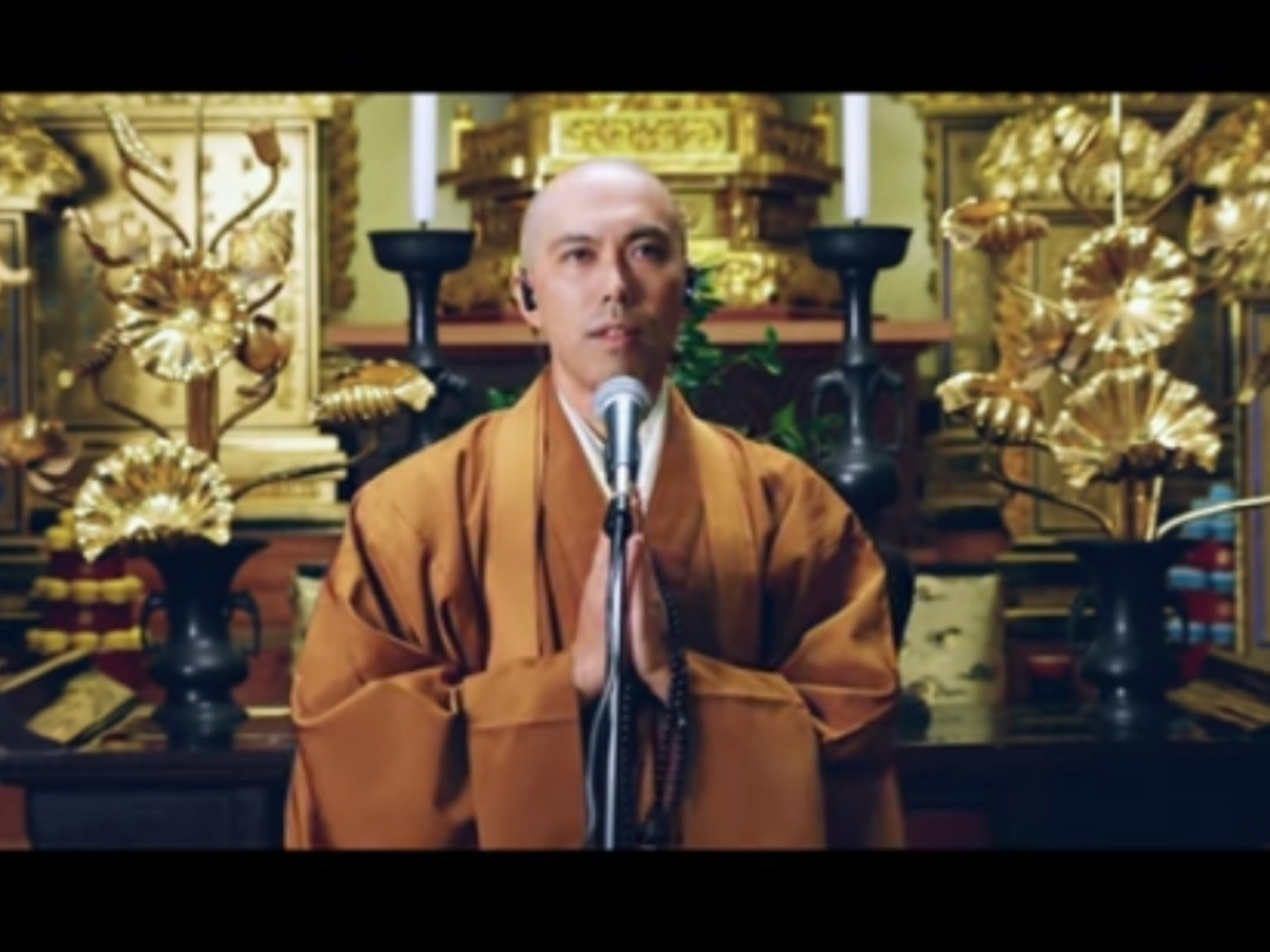 Three hundred fifty years ago, the Chinese Zen Master Yinyuan Longqi 隱元隆琦 (1592-1673, Ingen Ryūki in Japanese) passed away at Manpukuji 萬福寺, in Japan. He migrated from China in 1654 after being the abbot of the Chinese Wanfu Temple in Fuqing 福清. In 1661, he founded the Japanese Ōbaku 黃檗 school. In North America, the Center for Buddhist Studies, College of Humanities at the University of Arizona has organized a series of commemorative events to present and explore his extraordinary life and achievements.

5. Gazing at Mount Fuji from the Nakayama Ridge 中山嶺望富士山 (in Chinese)

Trailer of the concert “A VOICE FROM THE HEART 一葉心聲”: