Yinyuan Longqi (1592-1673) is the founder of the Ōbaku Zen lineage in Japan where he is known by the name Ingen Ryūki.

Ingen was a revered abbot in China when he accepted an invitation to lead an overseas Chinese community in Nagasaki, Japan, in the mid- seventeenth century. He is often celebrated for bringing Chinese Buddhist monastic culture of his day to Japan, where he inspired a mushrooming of the visual arts, notably calligraphy, painting, and sculpture, and the arts of music and the tea ceremony. Less well known are his contributions to the renewal, growth, and transformation of Japanese Zen Buddhist temples and traditions.

Ingen, just like other Zen abbots in China and Japan, venerated his spiritual ancestors, beginning with the historical Buddha known as Śākyamuni. Among these ancestors is the legendary Indian patriarch Bodhidharma, who is thought to have inherited the dharma, the mind or awakening of the Buddha, in a process known as dharma transmission. Bodhidharma is also renowned for bringing Zen (Ch. Chan) teachings to China.

Bodhidharma is the central figure of a triptych flanked by the ninth-century Chinese Zen masters Deshan and Linji (Jp. Rinzai). Ingen claimed spiritual descent from Linji. Bodhidharma is also the subject of a work of calligraphy brushed by Feiyin (Jp. Hiin) from whom Ingen received dharma transmission. Hiin, together with Ingen and other notable abbots, helped revive monastic practices at a time of existential challenges and political turmoil in late Ming China.

Ingen in his role as Ōbaku Zen founder is represented by his portrait and by a work of calligraphy evoking the antiquity of his own venerable lineage. Both works of art convey Ingen’s strength and character in his later years. 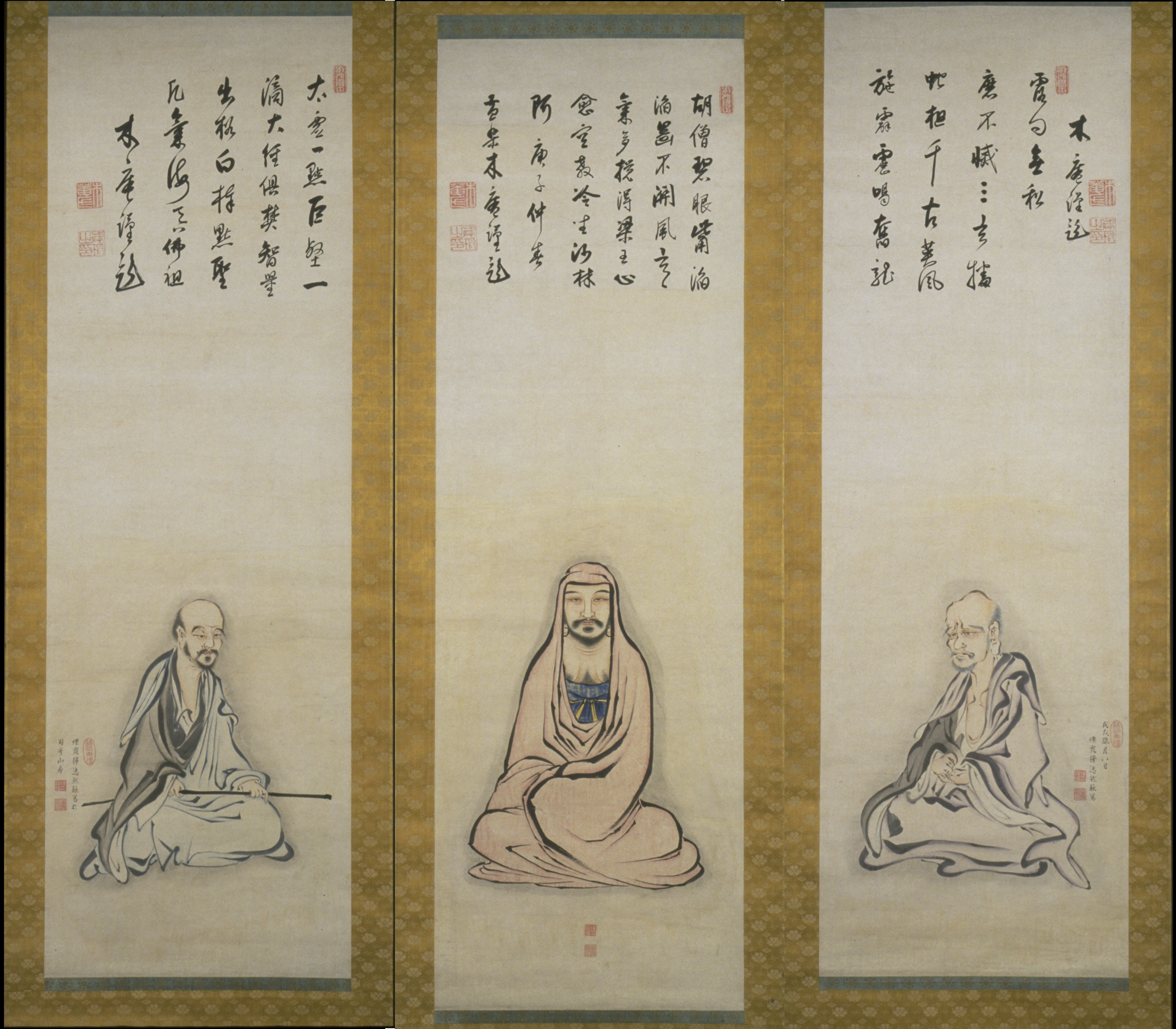 THE WAY OF THE PATRIARCHS SPANS A THOUSAND YEARS by Yinyuan Longqi (Jp. Ingen Ryūki)

THE MEANING OF BODHIDHARMA’S COMING FROM THE WEST CAN ONLY BE LOOKED AT AFTER KALPAS RETURNING by Feiyin Tongrong (Jp. Hiin Tsūyō)